skip to main | skip to sidebar

Online games promotion by CIB Mall
Our rental services are now extended to online game promotion roadshow. Most recent event are 2 rental promotion by CIB Mall at PC Fair and Berjaya Time Square.
Delivery and collection at KLCC during PC Fair:
Due to the massive logistic workload to deliver and collect from KLCC during the fair, the delivery and collection process is not a quick task! Thanks to KLCC management's systematic approach, all lorries have to queue at the open car park outside of KLCC loading bay and registered first. When called, then only we can proceed to enter the loading bay!
Delivery and collection at Berjaya Times Square:
Due to shopping complex's cargo loading requirement, delivery of computers can only be arranged midnight! For this job, our technical team actually deliver at 6 am and collect back at 8.30 pm.
Thanks to the technical team for your dedication and team work.
Below are some snapshot taken from CIB's promotion counter at Berjaya Time Square: 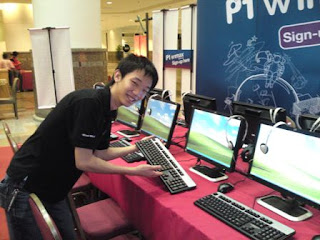 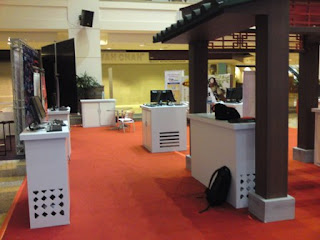 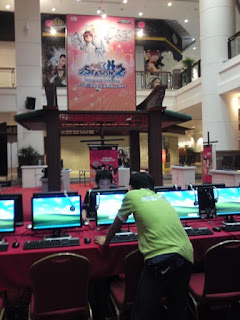 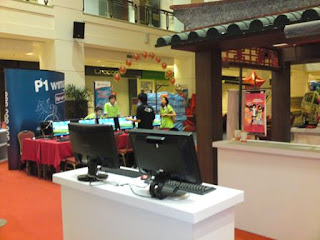 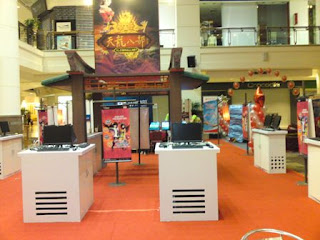 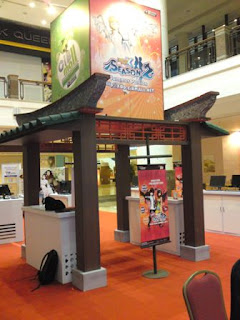 WHO IS CIB NET STATION?
CiB Net Station was founded in 2003, starting with a retail business concentrating on Cafe Management Software. CiB Net Station has now established itself as a major force specialised in the marketing of online games/entertainment in Malaysia and Singapore.
After obtaining encouraging results based on the game/point card distribution for the Chinese version of RYL, CiB Net Station subsequently evolved into a game publisher. With it's first MMORPG (RYL Online), CiB Net Station was able to earned itself a good reputation in the local online games industry.
Who is TH IT:
TH IT Resource Centre Sdn Bhd is a professional computer rental company base in Malaysia. We have wide range of computer or IT product for rental. Be it PC, notebook, printer, server, projector, copier, AV equipment, plasma TV and training room, we have them all ready for rental from as short as 1 day to 2 to 3 years.
We deliver nationwide and since have covered every state in the country including Sabah and Sarawak. In year 2007, we even have delivered to Pattaya, Thailand and Dubai.
More information about TH IT can be obtained from:
http://www.th-it.com/
A record of our interesting and important past rental job event can be viewed in:
http://thitblog.blogspot.com/

TH IT logo - a symbol of professional computer rental

Ever since I started TH IT, many companies and friends have given me encouragements and great support, here I like to express loundly a big Thank You to all of you!

TH IT at Canon Photo Marathon 2011

Online Game rent from TH IT

TH IT as a professional computer rental company

What do we know that you don't?

Since end 2005, TH IT's new customers have been mainly coming from internet search. We have grown rapidly and successfully since then with '0' offline advertisement cost.

Click here if you want to find out
"What do we know that you don't?"

TH IT rented notebooks and copier to Flora Parade 2008

More than 500 units of pc, nb & printer etc ON RENT today from TH IT

TH IT at Malaysia Water Festival 2008

Jelajah Malaysia 2007 - the launch of a new international cycling event

TH IT is selected vendor for Jelajah Malaysia 2007

Where can I buy or rent quality computer?

Where can I learn more about computer and internet?